Da Hong Pao is the king of the Famous Four Wuyi Tea in the Wu Yi Mountain of China.
Among all oolong teas, Da Hong Pao has the best reputation. Da Hong Pao is a myth of Chinese tea, since so many mythic stories about it but so rare it is--it's said only several liang available each year. The "TRUE" Da Hong Pao is nearly impossible to gain.
Legend has it that the mother of a Tang Dynasty emperor was cured of an illness by a certain tea, and that emperor sent great red robes to clothe the four bushes from which that tea originated. These original bushes, growing on a rock on Mount Wuyi, still survive today and are highly venerated. Less than one kilogram of tea is harvested from these plants each year. This original and real Da Hong Pao can fetch millions of dollars per kilogram.

It is said that during the Cultural Revolution, policy guards kept watch 24/7, to safeguard them from the marauding revolutionaries. 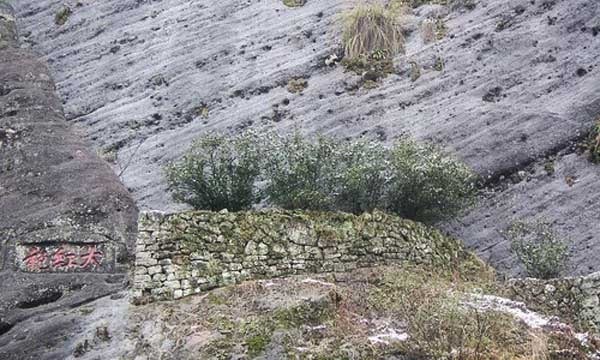 The location of that cliff is named "Nine Drgaon Cave" .
Cuttings taken from the original plants have been used to produce similar grades of tea from genetically identical plants. Taste variations produced by processing, differences in the soil, and location of these later generation plants is used to grade the quality of various Da Hong Pao teas.

This tea is legendary.

Records of its existence date as far back as the early 18th century (Dao Guang Era).
During Qing Dynasty, Da Hong Pao was entitled "King of Tea".
When President Nixon visited, Chairman Mao presented him with 100 grams of tea leaves. When Nixon alluded to Mao's "stinginess", Premier Zhou explained such tiny quantity is worth half of Chinese Empire.
In 1998, the Chinese government put it up for sale for the first time and was sold to a group of auctioneers for almost $900,000.

For hundreds of years, this process was kept secret by tea makers in China, and even getting a glimpse into the intricate inner workings was virtually impossible for outsiders.
Therefor the art of making oolong tea is little known outside China.
Nowadays, even though most of the steps are public knowledge, aspiring imitators still find it hard to master the all of the skills needed to make truly great oolong tea.
Oolong tea can be machine or handmade. Premium grade oolong teas, such as the high grade Wuyi Rock tea and Anxi Tieguanyin, are always handmade.
Generally speaking, there are 7 major steps in processing Wu Yi oolong tea. 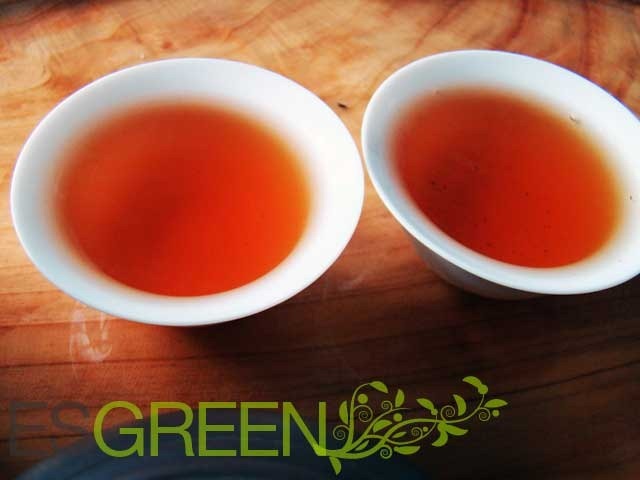 The orange tea liquid come with strong floral fragrance.The lingering, sweet aftertaste is notable for its hint of wild flowers and fruits.Even after nine infusions, the floral fragrance like sweet-scented osmanthus still remain.
Full bodied tea with a sweet aftertaste that is felt in your throat before the back of your tongue.
After a few small Gong Fu cups, the pleasant floral fragrance remains in your mouth, lingering for a good few minutes.Not many tea has the ability to do this. 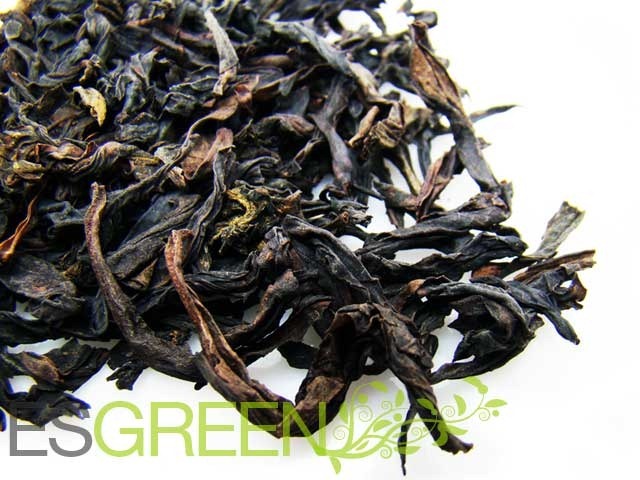 Dry Da Hong Pao oolong tea leaves are long, dark, and slightly curled. When brewed, the leaves expand, becoming almost red along the edges and slightly green in the center.
Many say drinking this tea is “like entering a forest filled with deep, amazing colors and a cool, refreshing breeze.” The dark red shade of the tea brings the forest to your cup, while its sweet aroma offers a simple solace. 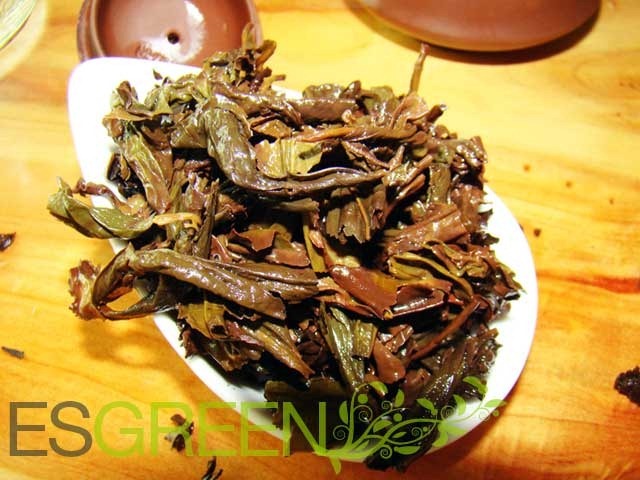