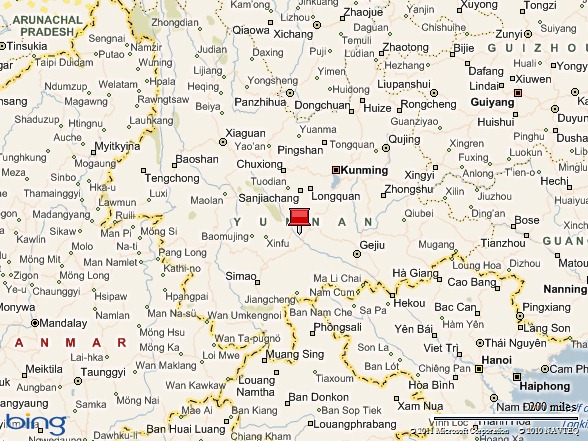 Yunnan province produces the vast majority of pu-erh tea. Indeed, the province is the source of the tea's name, Pu'er Hani and Yi Autonomous County. Pu-erh is produced in almost every county and prefecture in the province, but the most famous pu-erh areas are known as the Six Famous Tea Mountains (Chinese: 六大茶山; pinyin: liù dà chá shān) 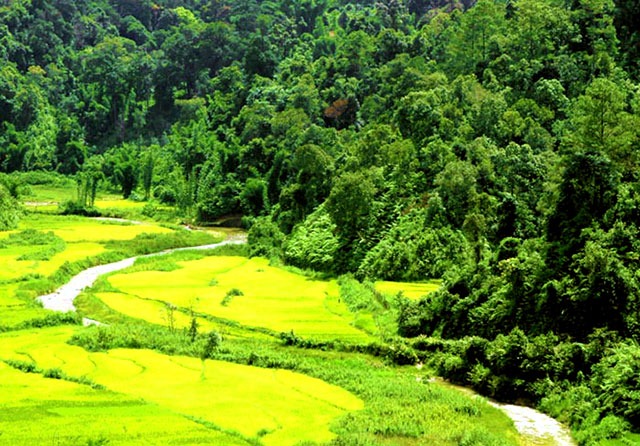 The six famous tea mountains are a group of mountains in Xishuangbanna that are renowned for their climates and environments, which not only provide excellent growing conditions for pu-erh, but also produce unique taste profiles (akin to terroir in wine) in the produced pu-erh tea. Over the course of history, the designated mountains for the tea mountains have either been changed or listed differently.
In the Qing dynasty government records for pu-erh (普洱府志), the oldest historically designated mountains were said to be named after six commemorative items that were left in the mountains by Zhuge Liang, and using the Chinese characters of the native language of the region. These mountains are all located northeast of the Lancang River (Mekong) in relatively close proximity to one another.

The mountain's names,in the Standard Mandarin character pronunciation are:

South west of the river there are also six famous tea mountains that are lesser known from ancient times due to their isolation by the river. They are:

For various reasons,by the end of the Qing dynasty or beginning of the ROC period,tea

Production in the area,the Chinese government in 1962 selected a new group of six famous tea mountains that were named based on the more important tea producing Mountains at the time,including Youle mountain from the original six． 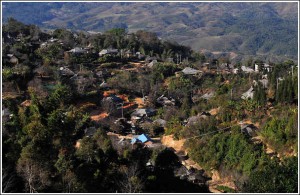 Other areas of Yunnan

Many other areas of Yunnan also produce Pu-er tea.Yunnan prefectures that are major producers of Pu-erh include Lincang, Dehong, Simao, Xishuangbanna, and Wenshan·

Other tea mountains famous in Yunnan include among others:

Banzhang(班章):a Hani ethnicity village in the Bulang Mountains,noted for producing

Yiwu Shan（易武山）: perhaps the most popular tea mountain amongst Collectors.

Region is but one factor in assessing a Pu-erh tea,and Pu-erh tea from any region of Yunnan is as prlzed as any from the six famous tea mountains if it meets other criteria,such as being wild growth,hand一processed tea.

While Yunnan produces the majority of pu-erh, other regions of China, including Hunan and Guangdong, have also produced the tea. The Guangyun Gong cake, for example, featured a blend of Yunnan and Guangdong máochá, and the most recent production of these cakes contains mostly from the latter.

In late 2008, the Chinese government approved a standard declaring Puer tea as a "product with geographical indications", which would restrict the naming of tea as Puer to tea produced within specific regions of the Yunnan province. The standard has been disputed, particularly by producers from Guangdong.

In addition to China, border regions touching Yunnan in Vietnam, Laos, and Burma are also known to produce pu-erh tea, though little of this makes its way to the Chinese or international markets.