History of the Jasmine Flower and Scented Tea 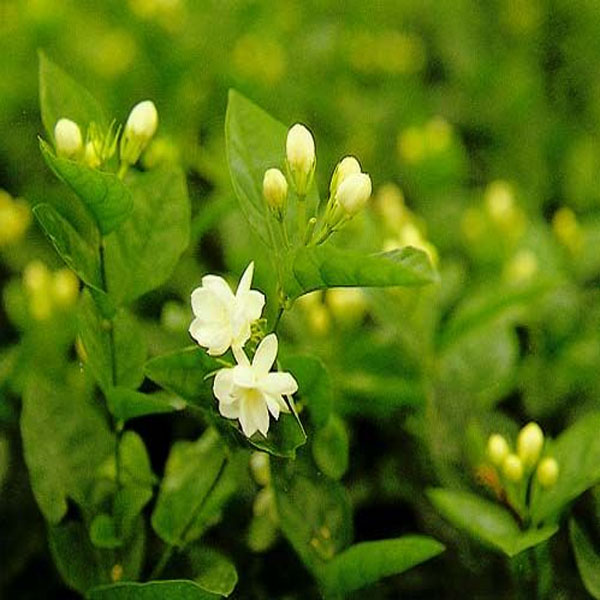 The Jasmine flower originated from Iran (formerly known as Persia). It has been planted in China mainland for more than 1700 years; it is said that this flower was brought to China during Tang Dynasty through the Silk Road. In the very early stages, it was only served for decorative purposes.

The history of making flower tea using jasmine started during the South-Song Dynasty (Nan-Song, at around 1240) at Guangdong province. During Ming Dynasty (Ming-dai), the technique of scenting tea with jasmine had been well-developed. Details of the scenting process had been recorded, including selection of raw material, quantity of flower used, number of scenting process, drying, etc.

The commercial mass production of Jasmine tea emerged during the Qing Dynasty, at Fuzhou of Fujian province. In year 1900, the production of jasmine flowers at Fuzhou reached 1,500 tones.
During its most flourishing period (1928-1938), the quantity of jasmine tea being produced was more than 7,500 tones per year. By the end of the 19th century, the foreign traders started to set-up tea shops at Fuzhou, and jasmine tea had became one of the trading items to overseas.
The increased popularity of jasmine tea gave impetus to the massive production from the Southern part spread to the Northern and East, i.e.,Zhejiang, Jiangsu, Sichuan, Hunan, Guangxi and Yunnan Province. However, at Jiangsu, Zhejiang and other northern provinces, the jasmine flower could not survive under the cold weather during winter; the flowers were planted in pots and needed to be transfered indoors to a warmer temperature. This increased the cost of production and impeded the immense development at Jiangsu and other provinces located at the north. Other than mainland China, the fragrance of jasmine had even drawn the attention of tea merchants in Taiwan. As early as year 1873, they started to ship tea leaves to Fuzhou at Fujian Province to process into jasmine tea.
Later, in year 1882, Taiwan tea merchants brought back the jasmine seeds and cultivated it in their island: they started to produce jasmine tea on their own. Until year 1939, the yield of Taiwanese jasmine flowers reached 1300 tones per annum.

However, due to the influence of sea-island climate, the fragrance of jasmine flower gives a less refreshing note as compared to the one produced in China.
Since year 1980, the state government of Guangxi Province made the utmost effort to develop the production of jasmine flowers.
At the same time, the Commercial Department appointed Heng County (Heng-xian) at Guangxi as the new base for the production of jasmine flowers.
This has promoted the enormous development, and today, Guangxi has the widest and renowned jasmine garden, and the largest jasmine tea processing area is located at Heng County in Guangxi Province.

9666 thoughts on “History of the Jasmine Flower and Scented Tea”