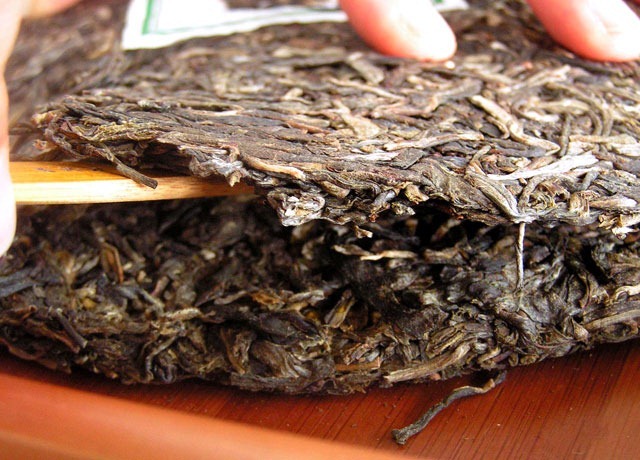 Preparation of pu-erh involves first separating a well-sized portion of the compressed tea for brewing. This can be done by flaking off pieces of the cake or by steaming the entire cake until it is soft from heat and hydration. A pu-erh knife, which is similar to an oyster knife or a rigid letter opener, is used to pry large horizontal flakes of tea off the cake such as to minimize leaf breakage. 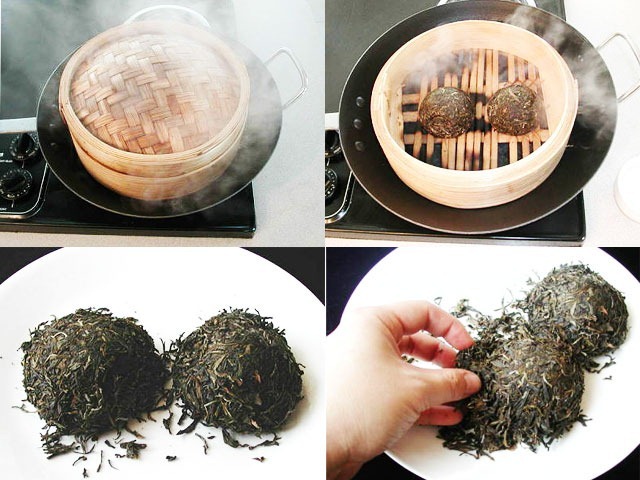 Steaming is usually performed on smaller teas such as tuocha or mushroom pu-erh and involves steaming the cake until it can be rubbed apart and then dried. In both cases, a vertical sampling of the cake should be obtained since the quality of the leaves in a cake usually varies between the surface and the center of the cake. 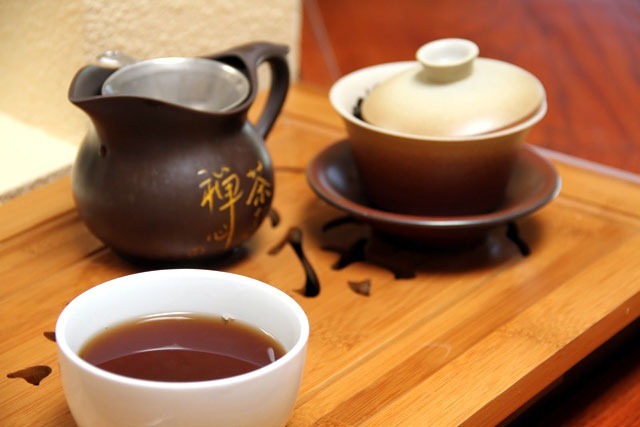 Pu-erh is generally expected to be served Gong Fu style, generally in Yixing teaware or in a type of Chinese tea cup called a gaiwan.

Optimum temperatures are generally regarded to be around 95 degree Celsius for lower quality pu-erhs and 85-89 degree Celsius for good ripened and aged raw pu-erh. Steeping times last from 12–30 seconds in the first few infusions, up to 2–10 minutes in the last infusions.

The prolonged steeping techniques used by some western tea makers can produce dark, bitter, and unpleasant brews. Quality aged pu-erh can yield many more infusions, with different flavour nuances when brewed in the traditional Gong-Fu method.

Because of the prolonged fermentation in ripened pu-erh and slow oxidization of aged raw pu-erh, these teas often lack the bitter, astringent properties of other tea types, and also can be brewed much stronger and repeatedly, with some claiming 20 or more infusions of tea from one pot of leaves.

On the other hand, young raw pu-erh is known and expected to be strong and aromatic, yet very bitter and somewhat astringent when brewed, since these characteristics are believed to produce better aged raw pu-erh.